In the first week of September 2015, ZTE transported elements of a chimney of a newly constructed waste incineration plant in Szczecin.

The elements, which were 60 m long in total and 6.70 m wide each, were transported on special extendable semi-trailers used to transport very long cargo. To pass narrower sections of the route, narrow bends and, in particular, roundabouts, each semi-trailer was equipped with radio-controlled steering axles.

The convoy of cargo transport was accompanied by 8 supporting vehicles, including 6 pilots and 2 technical vehicles. The pilots were to protect the route by informing other traffic participants about the approaching unusual transport and helping drivers to drive safely. Such assistance is necessary given the dimension of the transported cargo because, being almost 7 m wide, it occupied road lanes in both directions.

The transport entered Poland via the border crossing in Barwinek and made its way to the unloading place in Szczecin via, among others, Krosno, Rzeszów, Kielce, Warsaw, Włocławek, Toruń, Bydgoszcz, and Stargard Szczeciński. Because of its large dimension, the cargo was transported at night between 10:00 p.m. and 05:00 a.m.

To view photos of the transport, see the gallery. 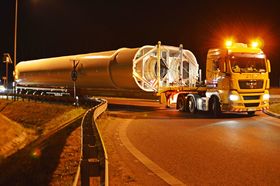 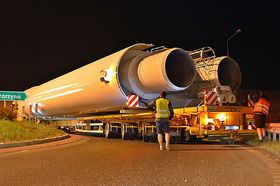 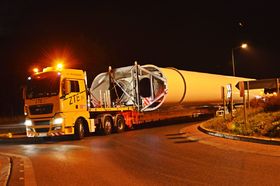 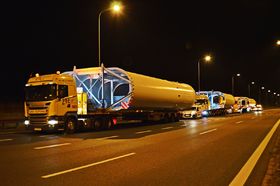 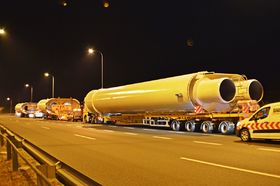 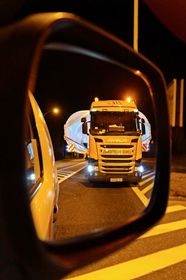 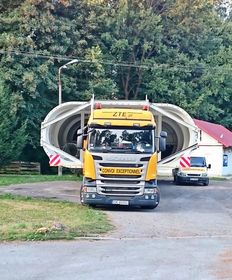 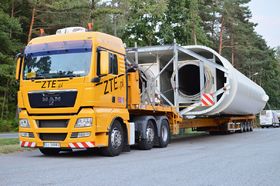 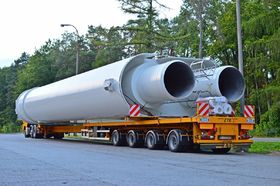 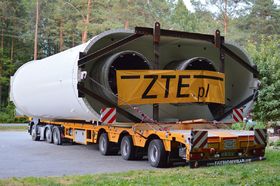 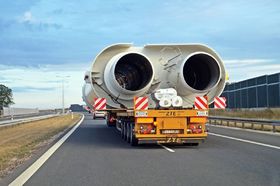 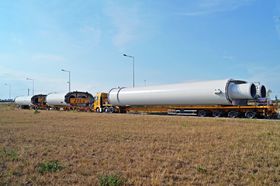