As in 2013 and 2014, this year the company purchased new vehicles. In the period from March to June 2015, the fleet was increased with 13 combination vehicles for oversize load transport.

As it has become tradition over the past few years, ZTE closely cooperates with Scania, a Swedish tractor manufacturer whose vehicles have joined the fleet once again. Of course, the new vehicles have been prepared and delivered in traditional brand colours, well-visible on the road. Each of the units is equipped with air-conditioning and other indispensable modern technologies ensuring safe transport of abnormal loads. Customized equipment features also Scania Driver Support system that helps the drivers to control their driving technique, correct any deficiencies and thus improve their skills. All purchased vehicles are compliant with the latest version of EURO 6 standard.

The tractors were accompanied by extendable semi-trailers, including, among others, Faymonville and Nooteboom. As a result, since June 2015 the company has altogether 57 combination vehicles adjusted for transport of even most complex oversize loads.

A gallery below features pictures of new vehicles in ZTE's fleet. 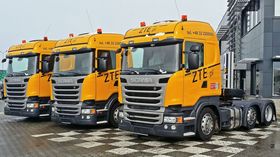 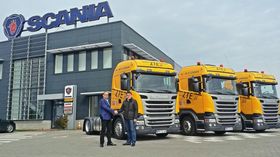 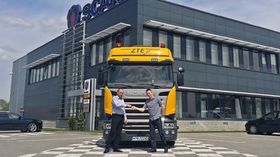 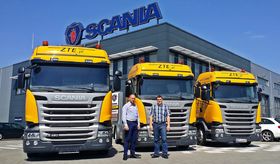 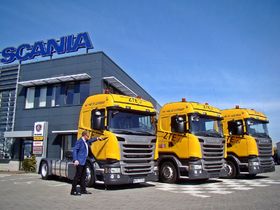 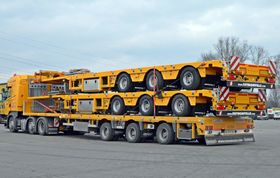 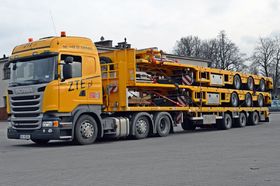