ZTE boasts vast experience in transporting military cargo. From the beginning of its operations on the oversize load transportation market, the company has regularly performed transports of tanks, military armoured vehicles, helicopters and other armament. Highly specialised equipment of ZTE is suitable for carrying such types of loads. We most often use low-loading semi-trailers with extensions and ramps, which enable to handle the cargo without the need for cranes.

Eight T-72 tanks were brought to the Mošnov airport near Ostrava. The tanks were loaded directly from ZTE vehicles to currently world’s largest cargo aircraft An-225 Mriya, which took them to one of the African countries.

An-255 Mriya is the heaviest airplane ever built, equipped with six engines and designed by the Antonov Design Bureau. It can take off with a load of the maximum dimensions of 43 m length, 6.4 m width, 4.4 m height weighing as much as 250 tons. The aircraft may only be loaded using its front gate opened by kneeling the nose gear.

Take a look at the handling operation pictured from the ground and from the air in the attached photo galery. 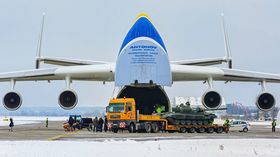 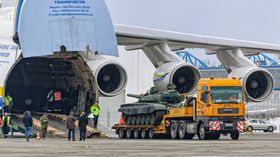 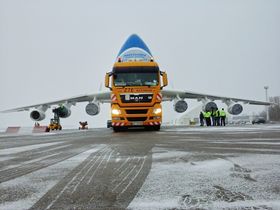 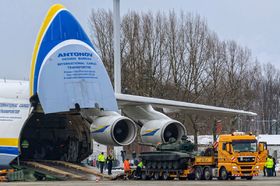 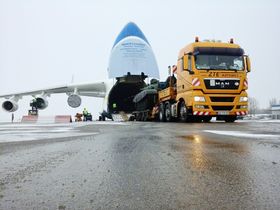 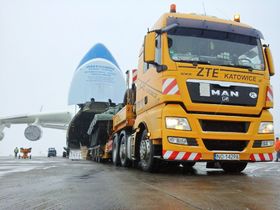 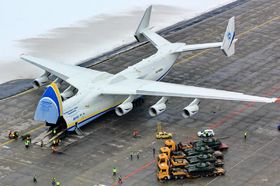 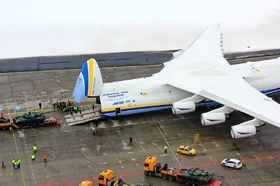 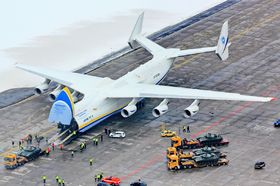